Some necklaces I made

I got hooked to making jewellery sometime in FY, college. Then I used the wires, threads and beads I got from Matcheswala (a store in Ahmedabad)and made a huge batch of earrings and necklaces.. Even held an impromptu exhibition and sale. That was a wonderful day, friends came over at the small house, we had a party of sorts and some sale :). The major turning point for my jewellery-making compulsion was a trip to Ajmer and and the Pushkar fair... There, to my joy, were many sellers squatted on the road, selling all kinds of beads. My sister and cousins had a tough time dragging me from the footpaths, for I used to squat by almost all the roadside sellers, haggle a lot and as I am choosy when it comes to beads, hop from one seller to another to get just the kind...

Cut back to Ahmedabad. On the secluded university road, sat a beadwala. He mainly had those square beads with letters written on them (they were a rage then). You could get him to make keychains or necklaces with names out of those... He also had some other nice beads and on one day, when I had a lot of time on hands, I sat there and asked him to show all the variety he had... I was thoroughly impressed and at once wanted all those... Somehow, I don't know how, I managed to cajole him into selling me his entire collection and there I was-- with bags of beads(many which I have used in the necklaces shown here)...At the time he sold off his stuff, he was planning to quit what he called a 'measly means of income' and get into something quick and risky... We chatted for a long time, and he was hell bent on giving it all up and running away somewhere. His name was Raj and I sometimes wonder where and how he is...

My interest in making my own jewellery has since then led me to markets in Hyderabad, to a Mumbai wholesale market and to the little-known narrow lanes of Kolkata. Now, my necklaces are far more finished than the FY days. (Matcheswala wires used to rust after 7-8 months!) I am not sure if all these details about beads and jewellery interest you... In college, Minal used to tease me and mimic 'Bhaiyya, aapke paas koi beads hai?" everytime she saw me, knowing my compulsive obsession with looking for new beads at handicrafts fairs... So that's how it goes...

I feel I am lucky to have chanced by a desire to make something and thankful for the day when I thought, "Damn, this jewellery is too expensive, even I can make it!" and started my bead-hunt... I am sure it's a passion that's going to last a lifetime...

You can read the short description of each necklace here

I wanted to see this film ever since I read TOI had given it 5 stars. Unprecedented!

Dev D is entertaining, sad, funny, contemporary, bold. It's witty, vulgar and charming. It's demanding, for the film cannot be described without using far too many adjectives.

Chanda, the prostitute has an icy dignity about herself, a mysterious shield that keeps her happy in spite of being pained, focused in spite of having reasons to destroy herself. And she has the sweetest smile I have seen in ages. Her business she handles with thorough professionalism — the multi-lingual sex talk was impressive...

Kalki Koechlin must be congratulated for a wonderful debut.

The film had a nauseating aura of sorrow laced with humour, of the pangs of urban life. From MMS scandals, to BMW road rage, to drugs and booze, to sex trade, everything that we know in third person through newspapers comes alive on the screen in a manner sensitive and well-thought over.

We ran to buy the tickets of Luck By Chance as soon as Dev D ended. Seeing two films back to back momentarily helped ease the impact of Dev D. But when I slept the two films over, the next morning Dev D came out a sure winner.

In comparison, Luck By Chance is a typically entertaining, a quite predictable film.

Dev D is snappy, unpredictable and immensely relevant. It's a smart film, it's wholesomely entertaining. Don't go with your parents to see it though, you might have to fake blushes when you are really enjoying a dirty dialogue. 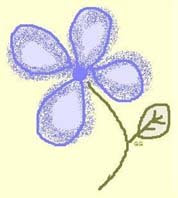 Angry commuters at Borivali station in Mumbai have blocked all trains on the station for more than four hours now. Harried rush from one platform to the other due to last minute diversion of local trains had already irked them no bounds and a sudden cancellation of a local at 9.10 am on Wednesday was a trigger. They demand more trains and better management. (A report)

Their fury was piling up, after gross mismanagement and discomfort when extra train platforms were added. As the news goes, their trouble started in August. This article, Railway woes for Borivali residents, throws light on what is behind the impromptu fury.

From what angry protestors say and the TOI report, this is what enrages the Mumbai commuter:

2) With no space available, they extended the platform number 1

3) Platform number 7 and 8 were introduced.

4) There is no exit point on platform no 8

5) So, Commuters who get off at platform 8 have to walk for at least 10 minutes to get out on the road.

7) Commuters complain that often a train supposed to come at platform number 1 is suddenly diverted to platform 8, they have to walk a good kilometre

8) Crowd of more than one or two trains gathers at platforms, making the walk slow and tedious.

9) Many miss their trains thus.

The fact that railways wanted to increase trains and so introduced new platforms is a silver lining. It is possible for a system as massive as the Indian railways to come across some glitches— after all, local trains do their bit in accomplishing the 'Six Sigma' services of Mumbai dabbawalas, as with being the chosen mode of transport for millions of Mumbai residents. But if inconvenience becomes the order of the day, a protest as this, is a natural consequence.

***
I remember reading somewhere on a blog, a writing so emotional and candid, about an incident on a Mumbai local. I don't even remember if it was a post or a comment, but someone had talked about a girl who sold rubber bands and earrings in the local . With an infant tucked to her, she was negotiating the crowd to sell her stuff.

Someone was haggling a lot and she, otherwise quiet and aloof, suddenly ran up a temper. "Saala do rupiye ke liye chik chik karta hai, mat khareedo."

And then I have heard there are women who have their kitty parties, haldi-kunkoo on the train. Who cut vegetables for the evening meal on the train. Who get up at four in the morning to cook for the family before boarding a train at six. I always linked Mumbai with its crazy fast life and local trains. This news somehow brought all these unrelated things I have heard or read about the trains.

The first time I was to board a local, I was quite scared. My cousin was like, "Gauritai, don't worry, you simply have to be there and ensure there's a crowd behind you. The mob will push you in and the mob will push you out."
Posted by Gauri Gharpure at 1:25:00 PM 9 comments: