And I am thrilled... 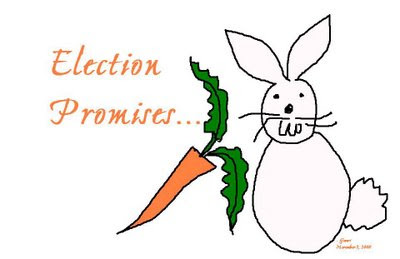 This drawing I had done quite some days back, when I was pessimistic, a wee bit cynic and quite confused.. I have never thought of consciously making myself aware about politics, but by the virtue of the place I live now, talks, discussions and reading a large number of political stories by the virtue of my profession, I was quite more in touch with the happenings — and the speculations — than I have been all my life. (Otherwise I used to skip news on politics quite conveniently)

I still have no clear political ideology.

I love Modi for the change of face Gujarat has seen and I grudge him for what happened in 2002. I hate BJP and its allies like RSS, VHP for giving a fundamentalist slur to a religion as free and beautiful as Hinduism. I think Congress could have done a lot more than it has done, given the kind of trust people had (and continue to have in spite of many odds) in the party...

Initially, in West Bengal, the Left seemed to me an unusually principled, organized party — perhaps the only one that had such a clear set of dos and don't, so to say, a clear-cut party line... Trinamool seemed hopeless as an Opposition, with Mamata's shrill, often extremely illogical arguments.

But over a period of time, I was stumped by the single-minded allegiance pledged to the CPM by hoards and hoards of people. Something seemed grossly wrong. I was not ready to believe that such collective masses could be so in tune with the ideologies... A spin-yarn seemed to be working somewhere, and quite strongly at that.

Singur and Nandigram served to show people just to what extent the Left front takes itself to be superior to everything else. Highhandedness seemed at its peak in that period. Mamata Banerjee, for all her shrill, illogical rallies, had touched a cord somewhere. May be I could not relate to her but some people, who were disillusioned with the trust they put in the other fold time and again leading to nil, could. After 32 years of rule, people perhaps suddenly realized they need a change. May be they even felt they have been fooled by the hammer and the sickle... (It's a different thing that Mamata has given Singur the slip all throughout her campaign. The last she went there was in February)

It is quite possible the choice could turn out grossly wrong... Some people I know are of the opinion that come Mamata and industries will plummet, there would be a full-stop to any sensible development. But then, going by the things I have seen in the three years of my exposure here, it seemed the Left front was banking on all the development in its 32 years' tenure on Singur, Nayachar and Nandigram...

The choice may be wrong. But give me my right to choose. Perhaps, the people of Bengal took a chance this time. I love them for that.

And yes, the next time there's an election, I am reaching home in time. I am now hooked to the fascinating dance of Indian democracy.

Related post: The Good Governance
Posted by Gauri Gharpure at 11:35:00 AM 11 comments:

And that's where I come from... 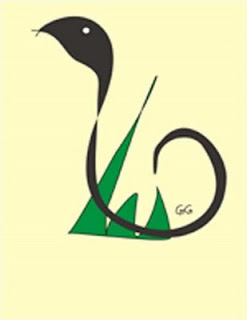 Under the car was a baby cobra
Coiled with a hood of beauty and shine...
Alarming woofs of my playful, silly dogs
Made him rush to that garden of mine...

Leave him in peace and away you go
My little naughty ones,
You need not be with creatures divine, not just yet.
And away you go dear baby with no fear
Waiting is your mother with siblings nine..

He then slithered somewhere far away...
With my gentle push and a touch.
Happy were silly dogs, so was the baby cobra
These are the real pleasures of mine...

Last night, a baby cobra of about 20 inches length came and
thrilled all of us. His hood was very cute, hardly measuring about
1.5" in width....

Some six months back, Lali* had cornered a six-inch baby cobra. I had pushed it away with a mug full of water to let him to go, as a
stick would have injured him....

Of late, i have realized one thing...all babies, living beings should be
nurtured equally, loved and protected with care.

This lonely dark night knows no God.
The church looks spooky,
temple sad; mosque uninviting.
This night has no religion;
It's just you and me.
Posted by Gauri Gharpure at 1:48:00 AM 15 comments: