A party for four

I had planned a homely little party for four. 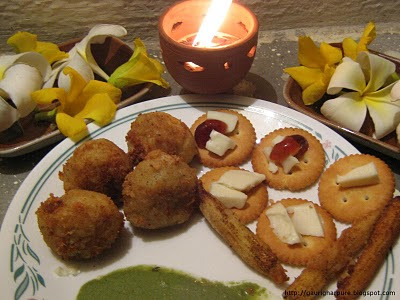 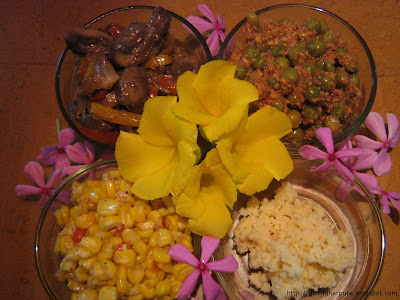 For the main course was Khoya mutter, with khoya made from milk-powder in microwave. Thank you Sangeeta for this quick, hygienic and delicious trick. On the side were butter corn and onion-mushrooms. Yellow and red capsicums, which I used for the first time, added a brilliant dash of colour to these items.
For the dessert, I made mango ice cream using this super-easy recipe given on Homecooked . 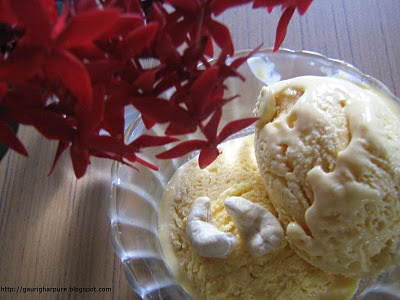